Realm of chaos - for the god of change


I joined a challange over at papanurgle where we are to make a warband based on the old realm of chaos rules. We used a couple of dices, the crazy rules from that time and voila a warband to build.

First to be shown is a tzzenchygor with the fat ability (will be a 'counts as fat' conversion). I just started to play with the mini and some bits and the mini almost built itself. It was very quick build. 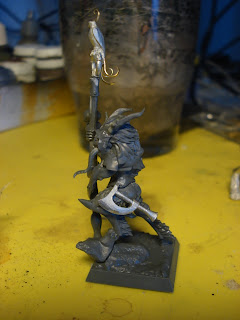 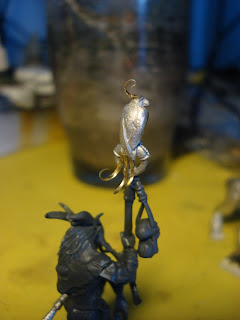 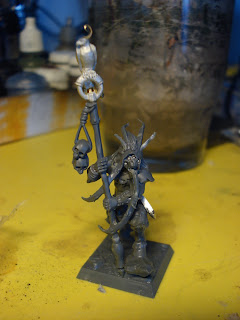 The falcon is from crocodile games, I just loved the idea to turn it into some fancy bird so I attacked some brass framing with a pair of scissors. Still some tweaking and sculpting to be done but so far I like the idea. I will add some stuff to the chest of the bird as well.

Cheers and thanks for looking
Lähettänyt Unknown klo 2:03 AM