Paint splashes over the Marked men 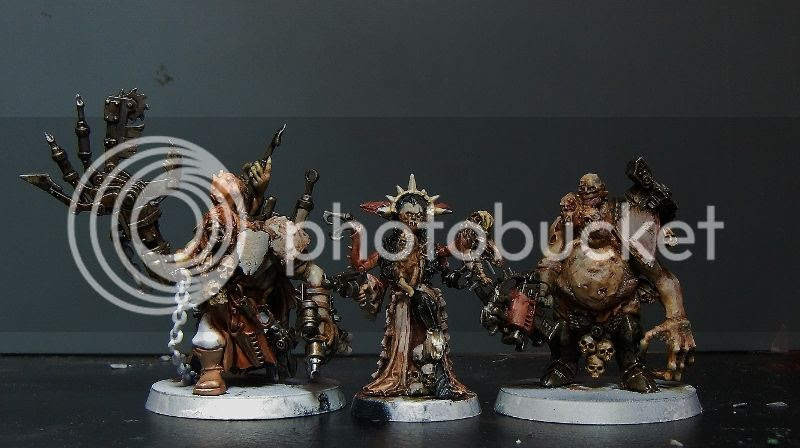 Progress! Let's see how this turns out.
Lähettänyt Turska klo 9:14 AM 12 comments: 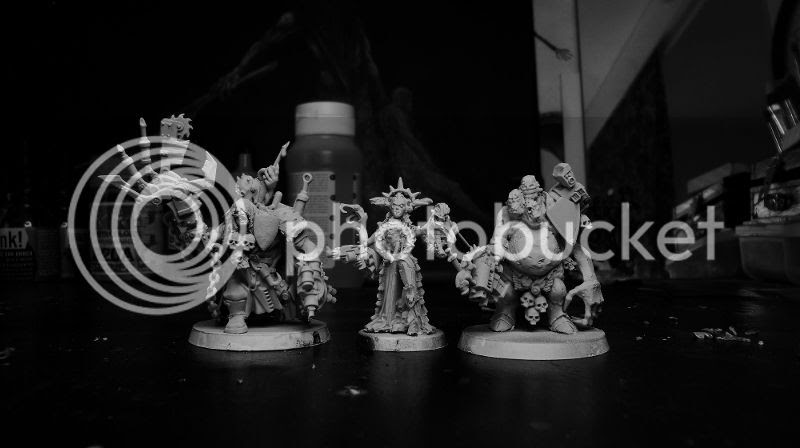 My spinoff miniature the Marked Man riding a decaying horse just got 3 fellow characters for his merry group. First I tried to make totally different group without any chaos wibes... But after a while I saw that I can make these miniatures to match the background of the Marked Men and still make them look more Imperial. At the moment I see these characters representing the ever-changing nature of spirit - they are not turned towards chaos, not the servants of Imperium but more like a limbo between those spaces. Let's see which side takes control. 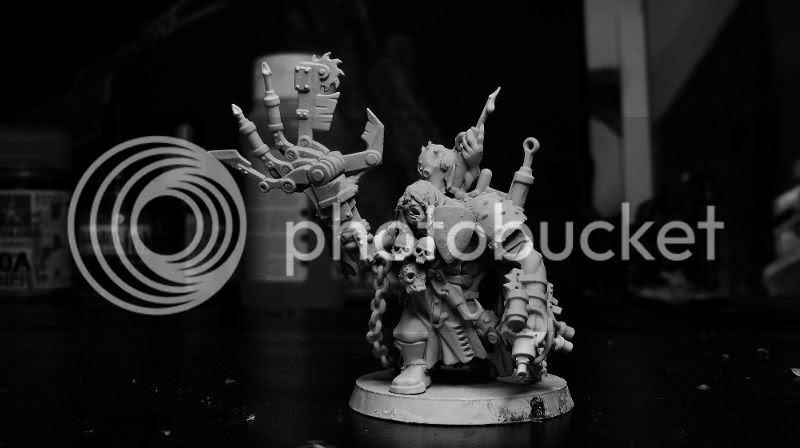 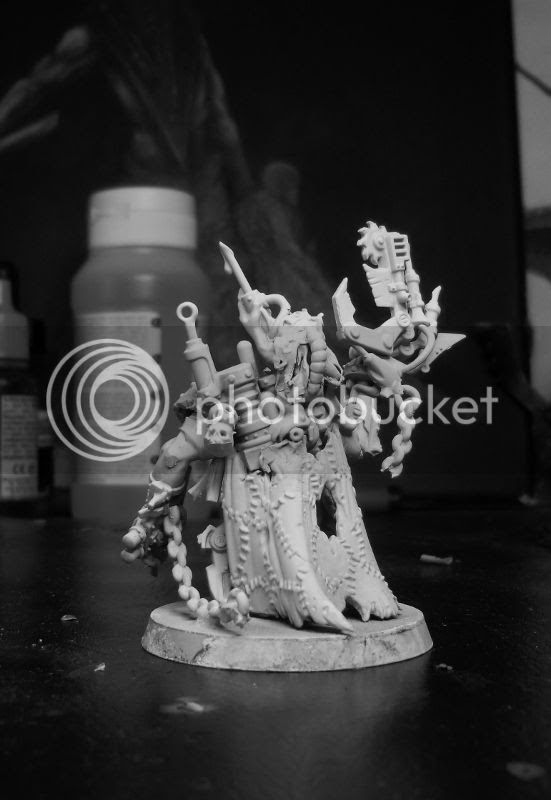 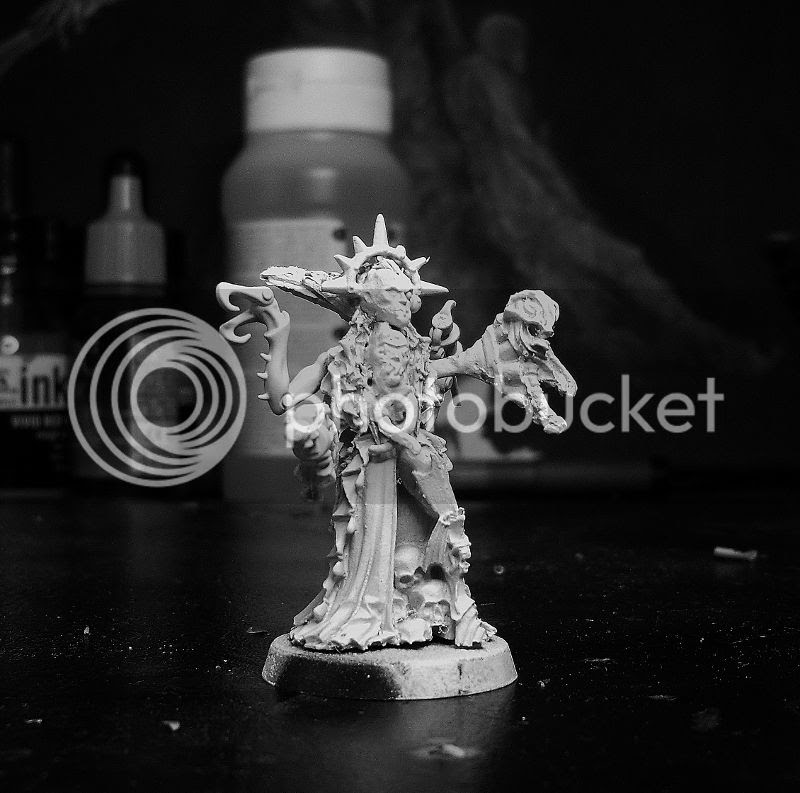 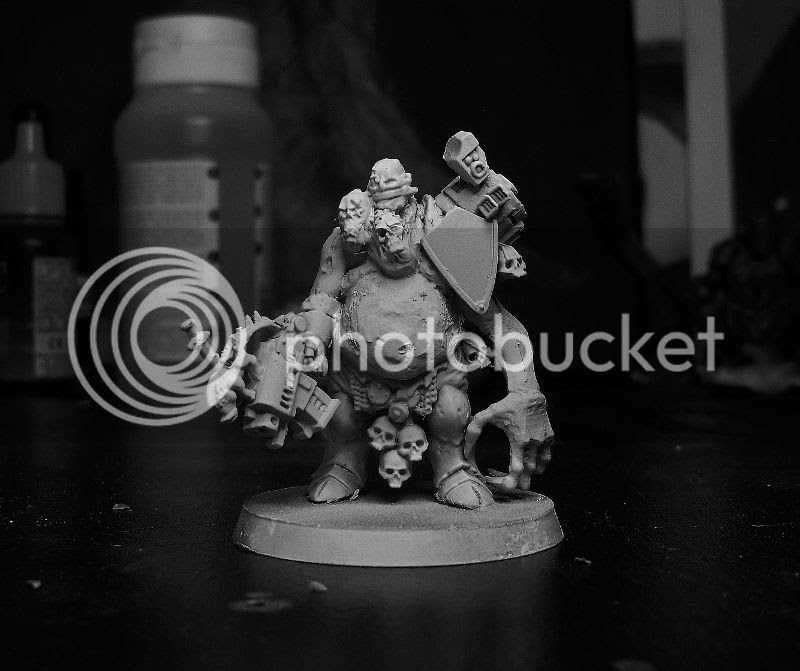 The idea of falling limbs took control over me - I see these separate heads actually are former heads of the character carrying 'em. The Doctor (painboy) has a tiny servitor on his shoulder and few dead heads hanging around. The Lady has still functioning head in her belly, but I see it's a dying organ. The Boar has three functioning heads - the strapped one is his newest head, the middle one the elder head, and the lowest the soon dying one. As the horse riding marked man carries his fallen limbs around, these characters gave me the idea to mix multiple personalities and generations into one body.

As plants, they grow leaves (limbs) just to drop them some day. 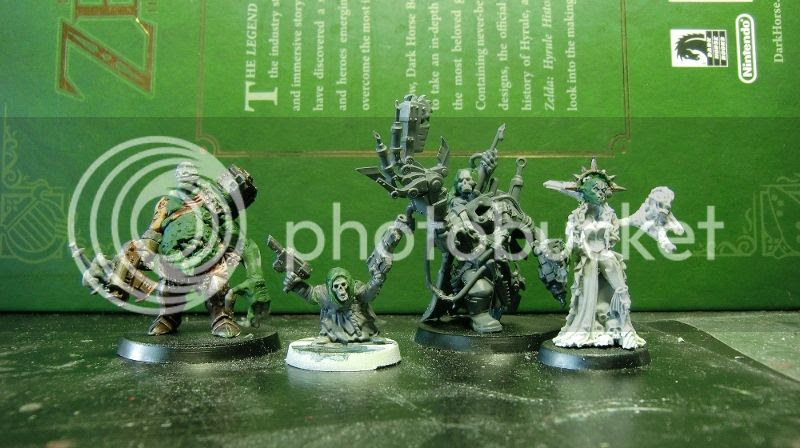 (I guess) few decades ago I got some great feedback of my INQ28 group schemed as Cyclops Merchants. Now I have a new group approaching with a total new scheme  - this time I'm about to make a more human-like group with serious influences from Spiky Rat Pack's Mikko's  Lady- series. Obviously the female character with Halo is "stolen" (influenced) from the Mikko's imagery, and other of the thugs are built to be accompanied with her.