After a while I made a stop at hobby world.

Last months have been more or less hectic with other real-life stuff - but of course at Christmas I got a furious stomach ache and was not able to get involved with the usual season's celebrations. Stomach ulcer gave me inspiration to chop up some plastic and make some Nurgle guardians to be accompanied with my 'Thug'. I still have 2 FW nurgle torsos to play around with... 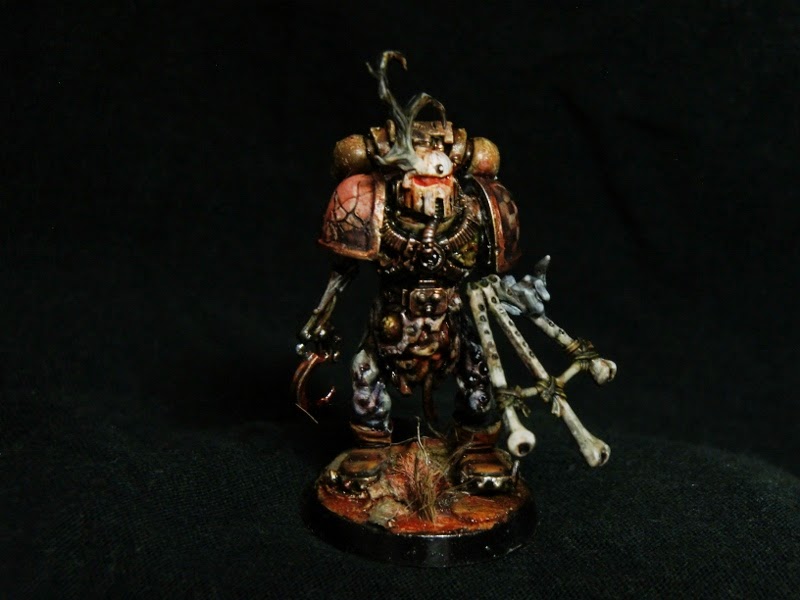 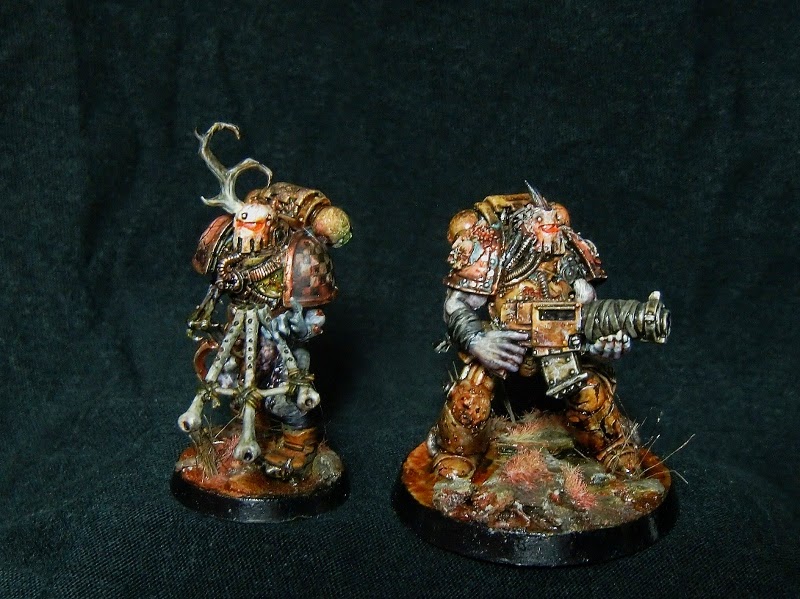 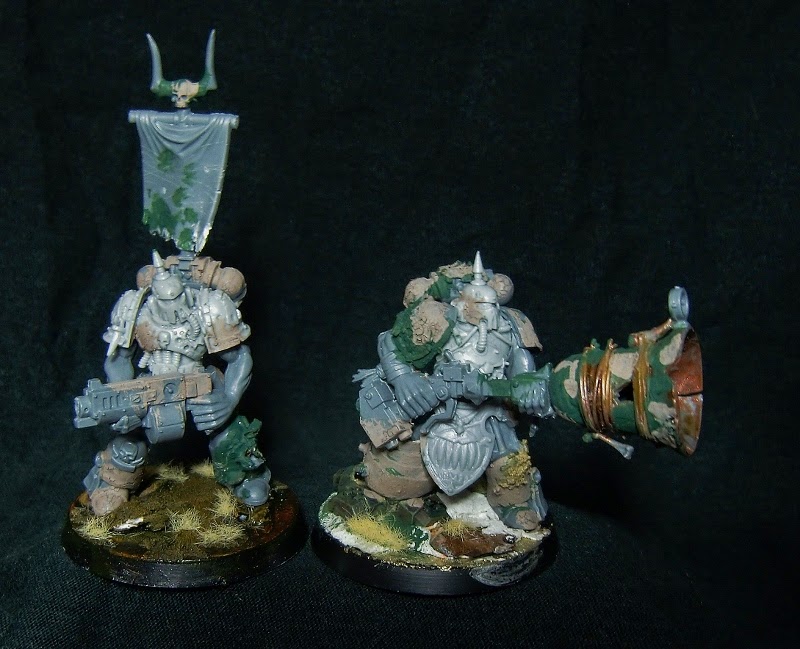 This last picture is funny. Here you can see the stage before white primer - There's agrellan earth, liquid GS, static grass, bits and bobs, general junk and  other misc stuff that will be covered in pure white. What a mess at the moment. Mr. Blunderbuss is my top favorite fella of the bunch due his massive blunderbuss. I imagined him to be an "engineer" of sorts. He has a "warhorn" (his own intelligent invention) and ultra heavy foot to anchor in place and burst out a hail of bolt shards, organic mass and junk...  (Of course he is a total idiot with his inventions of massive destructive power - maybe it's the fungi growing inside his helmet - but his brotherhood is also too dim-witted to care)

This project gives me a giggle. Cheers everyone!
Lähettänyt Turska klo 11:43 AM